Home computer and internet security Save money for your business! Even low income earners can now afford...
Facebook
Twitter
Pinterest
WhatsApp
With the recent energy crisis in the developing countries and especially in the Africa’s most populous country: Nigeria, one would think countries as Nigeria would be investing heavily on other alternative and renewable energy resources like Wind and Solar energy. Unfortunately it isn’t so and the reason will certainly surprise you. 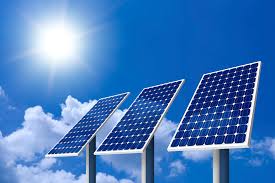 source:sfltimes.com
First of all, what is renewable energy?
Renewable energy is a cheap and almost a free energy. It is generally defined as the energy that comes from resources which are naturally replenished on a human timescale such as sunlight, wind, rain, tides, waves, and geothermal heat.
We will appreciate this more when we compare it to the non-renewable  energy sources that we have today like the crude oil and coal that’s mined from fossil fuel deposits beneath the surface of the earth.
Why non-renewable energy is not preferred in Nigeria and Africa,
Considering the rate of fossil fuel use, it is estimated that worldwide reserves of Fossil fuels will become extinguished by 2039. So we anticipate a global energy crisis if nothing is done before then to avert the situation.
Apart from that, the fossil fuel is not a clean source of energy. Its combustion releases dangerous carbon emissions that deplete the ozone layer in our atmosphere, little wonder Global warming has always been the re-occurring issue in several United Nations meetings these days.
Renewable energy on the other hand is completely clean.
Also Read: 3 ways to make your laptop battery last longer
Some of the benefits of renewable energy source include:
1.     Its reliable
2.     Its naturally renewable
3.     It is clean and environmental friendly.
The way forward for Nigeria:
The government and private investors are key players in this renewable energy revolution that is sweeping across the world now.
I was privileged to meet Dr. Patrick Owelle who is the M.D and CEO of PSC Industries Limited (PSC Solar).  PSC Industries Limited is a Solar Electricity and Renewable energy total Solutions Provider located in Lagos, Nigeria. I particularly picked interest in this company because they don’t only talk about the need for the switch to alternative energy sources; they are actively involved in transforming a lot of lives via their highly affordable solar energy Photo Voltaic panels, inverters and storage facilities. A look at the PSc Solar websitehttp://www.pscsolaruk.comis certainly worth it.
In one of Dr. Owelle’s papers that I got access to, he wrote:
“Traditional fossil fuels and conventional power generation methods have failed us in Africa or Africa has failed the traditional and conventional power generation methods, it is now time to do something else; namely deploying and integrating power from renewable sources like Solar, Wind and Biomass in to the national power Grids”
Also Read: A-Z of system keyboard shortcut
Personally I couldn’t agree more with him. So what is Nigeria still waiting for?
It’s hard to tell. Over the years, Billions of dollars has been pumped into the nation’s energy sector and yet no tangible result is seen.
But the good news is that you don’t have to wait for the government this time. You can light up your home at least using the abundant solar energy. All you need is a complete solar converter set including Photo Voltaic panels, inverters and batteries.

This is a guess post by Chekwas Ojike
About Author:
Chekwas Ojike  is a Trained Physicist, a freelance writer. He owns Mymobnet.com where he shares some Tech stuffs.

Apply For Startup For Development Nigeria

Apply For Startup For Development Nigeria

We focuses on sharing innovative stories and changing the narrative of Africa Tech Innovations
Contact us: Techarewa@gmail.com